Colombia’s privileged geographical location, has granted the country with the highest diversity of birds in the world. There are approximately 1,900 registered species, equivalent to 20% of the global total.

With over 220 bird species in the 9,000-hectare reserve, Corocora Camp is an ideal option for guests ranging from birding rookies all the way to passionate twitchers. Birding starts at sunrise when birds start chirping in the gallery forests around the tents, and continues all the way to sunset, when hundreds of herons gather together in specific areas of the reserve to nest. It’s a fascinating scene for any nature enthusiast to presence so many birds gathering, and a few dozen caimans in the wetlands waiting for chicks to fall from a nest.

For those who don’t really have a passion for birding, just seeing 20 scarlet ibis flying across the sky, or a group of majestic jabirus on the grasslands is an impressive sight.For the proper twitchers, just sitting in the social tent is an event on its own – seeing the hoatzins playing in the gallery forests, or roseate spoonbills cooling off in the lake beside the tents.

Here’s our list of the top 10 bird species found at Corocora Camp, that will make birders pack their bags and fly to Colombia!

Considered near threatened throughout the area due to overhunting, the Orinoco goose is an endemic South American species which is very easy to spot around the Orinoco and Amazon rivers.

Although restricted to the Venezuelan plains area, the white-bearded flycatcher —also known as The Golden Bird— has been reported in Colombia as well.

Probably one of the rarest and least known of herons in Colombia. This bird is usually found near aquatic habitats such as marshes and gallery forests.

The bright yellow, blue and red hues of this species give it the title of one of the most beautiful in the family of manakins from the north of South America.

Doing justice to its name, this species is with no doubt one of the jewels of the small hummingbirds with its majestic ruby crown. It’s possible to find in gardens, cultivated areas and flowering understory trees.

Its size and beautiful plumage that features colours ranging from orange to purple make it easy to understand why the king vulture is considered one of the most interesting scavenger birds in South America.

Commonly mistaken with the ‘wood stork’, this species is the only representative of its family in the continent. Contrary to its European relatives, the maguari stork never migrates, which means it’s fully adapted to equatorial wetlands.

A monotypic species of the family of guans, curassows and chachalacas, the crestless curassow is frequently found in Colombia and Venezuela. Unfortunately, this bird is an important target for wildlife hunters.

This unique bird, often described as a living fossil, is very easy to find in the lowlands of Los Llanos where it’s widespread.

Along with its particular flat bill used to hunt small vertebrates, amphibians and small fish, this crepuscular/night heron is also known for its false fighting as courtship display. 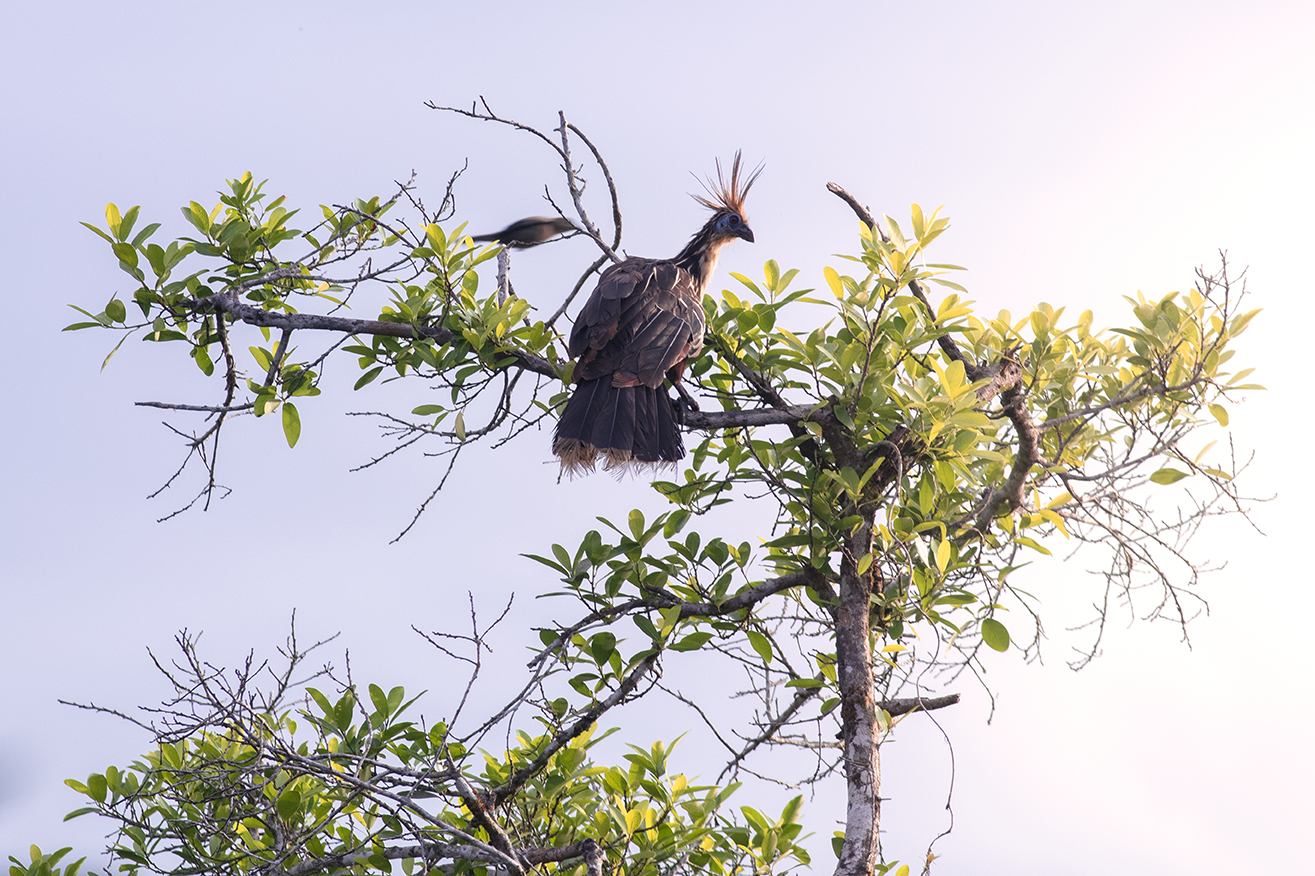 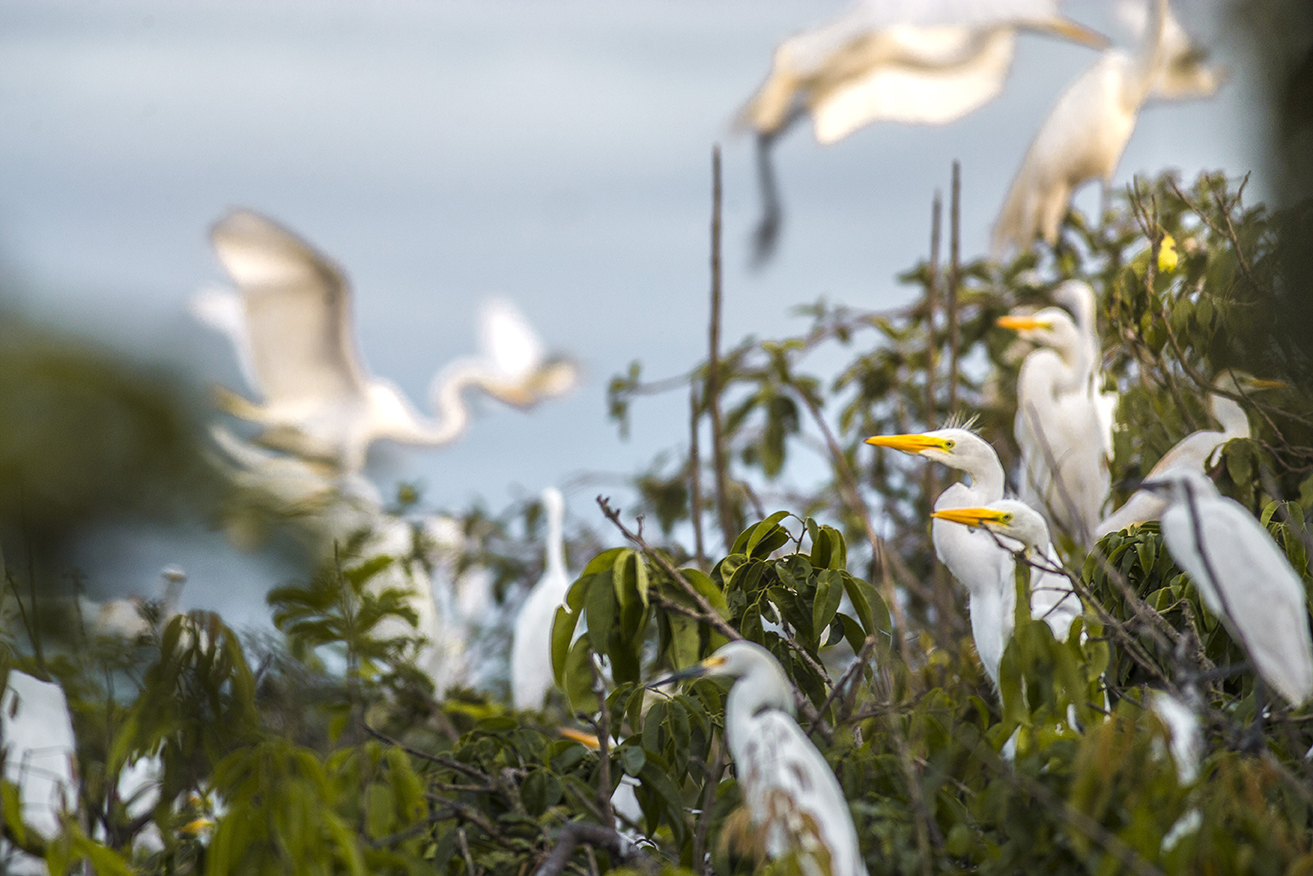 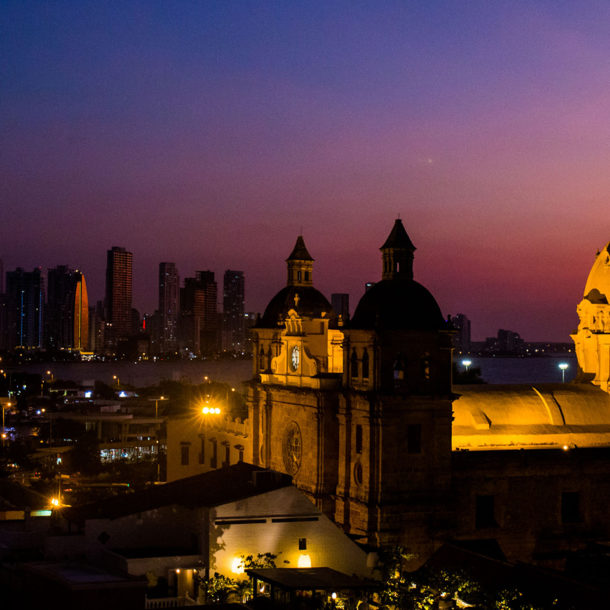 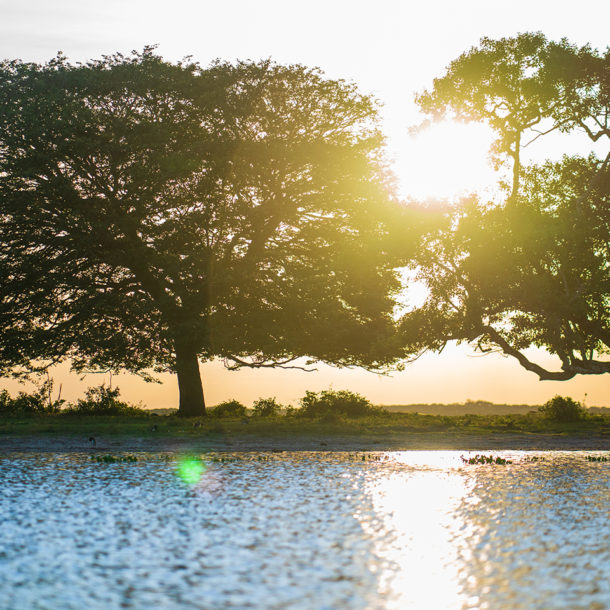